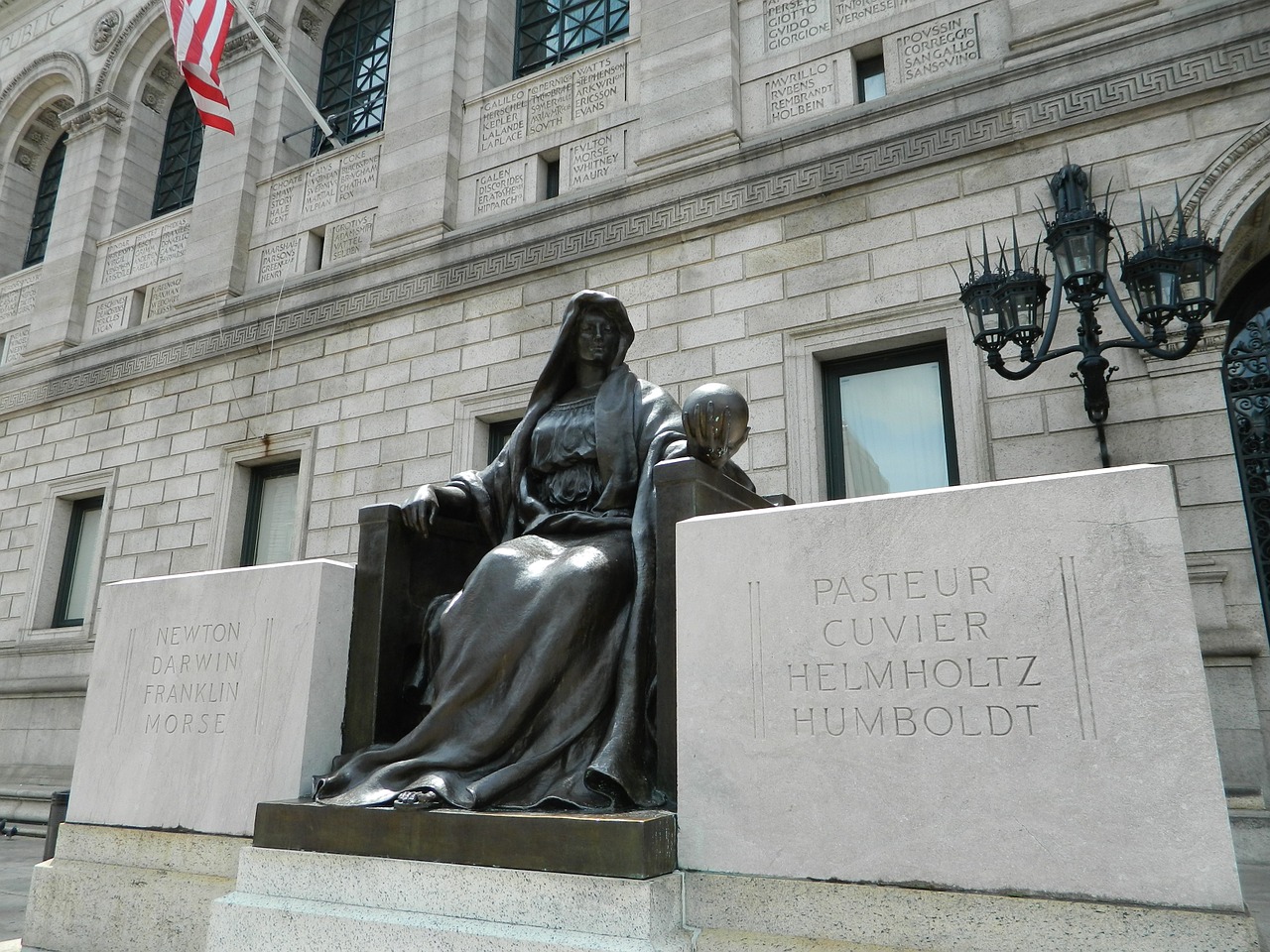 Architecture has evolved and transformed in so many different ways over the course of human history. From one of the first known architects, Imhotep, who designed stone structures in ancient Egypt, to modern and cutting-edge buildings that dazzle the senses and inspire awe, one factor remains at the heart of this craft: natural stone.

Nowhere is this more apparent that the elegantly-designed Boston Public Library, rich with history imbued by the builders who put their heart and soul into its completion. Brick-by-brick and tile-by-tile, the BPL was painstakingly constructed with some of the finest stone materials on planet earth. In addition to the fantastic stonework that permeates the interior of the library, some of the world’s most talented artists were commissioned to create murals and sculptures that bolstered and accentuated the library’s interior design.

Of all the materials used in the construction of the Boston Public Library, the unique selection of marble stands out as the most prominent. Let’s examine some of the different varieties of marble within the library and what makes them so special:

Also known as Tennessee Marble, Knoxville Pink Marble adorns the walls of the library’s vestibule and casts a warm and inviting feeling to visitors as they enter. While technically a crystalline limestone and not true marble, it is easily polished to resemble marble and has a unique pinkish-grey hue that makes it a favorite of architects and designers throughout history. In fact, a number of notable buildings and monuments in America and Canada feature this one-of-a-kind stone, which is only found in East Tennessee.

The origin of Tennessee Marble, described by acclaimed sculptor Jack Rich as an “excellent sculptural stone”, is as colorful as its hues. Formed by the accumulation of primordial marine lifeforms hundreds of millions of years ago, the fossils of these creatures play a major role in the stone’s appearance. It was first discovered in the early 1800s and went on to be quarried by the Rogersville Marble Company in the 1830s for use in a variety of structures in the USA, including the Ramsey House and the Washington Monument. 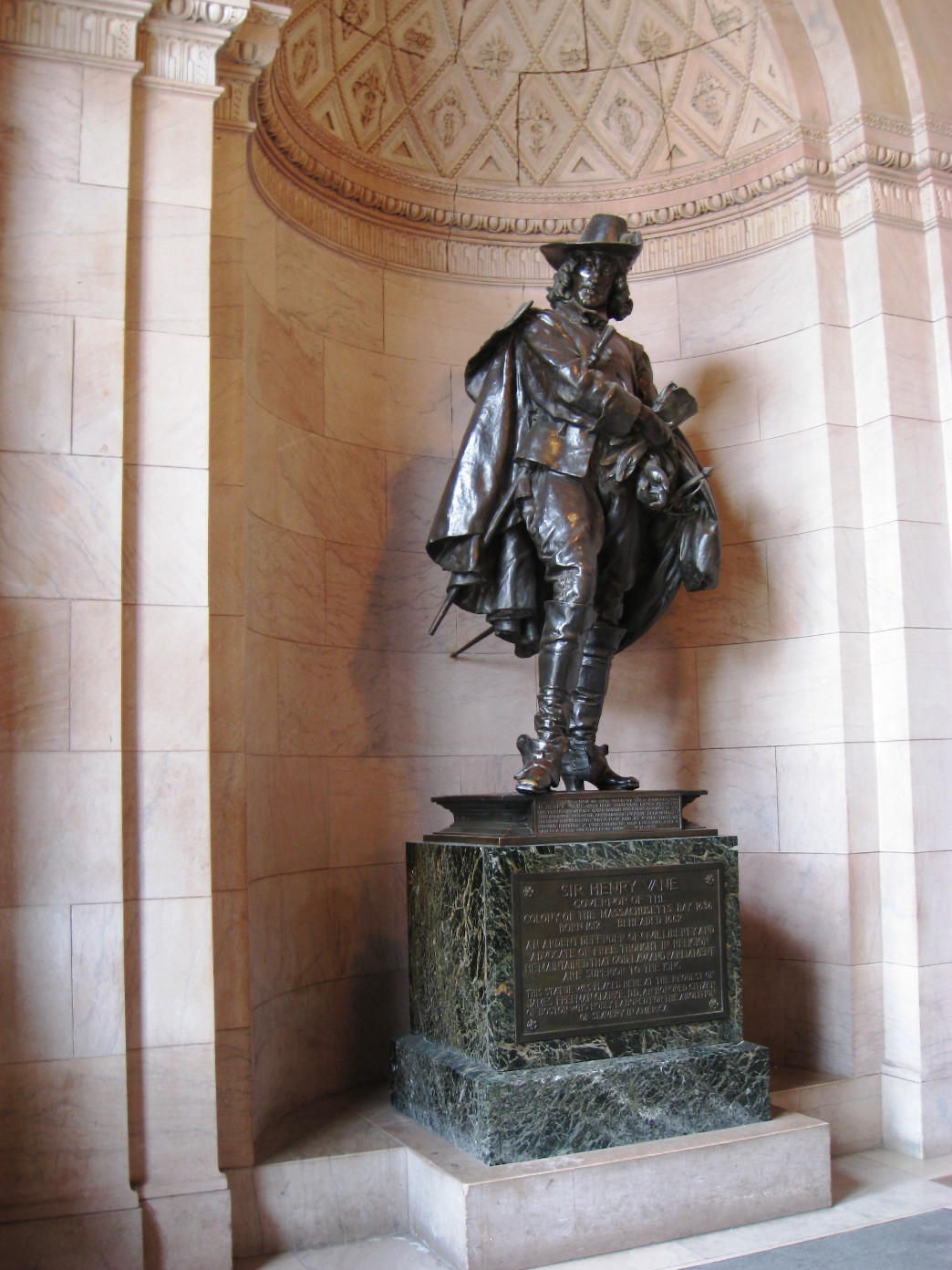 When most of us think of marble, Italy is probably the first country that comes to mind but here is yet another quality marble from American quarries used for the floor tiles of the library’s breathtaking McKim Lobby. As if the beautiful white Georgia Marble didn’t make quite enough of a statement, the tiles are inlaid with brass designs, further enhancing their elegance. Also known as Creole or Georgia Creole Marble, this stone bears the namesake of the land it hails from in Pickens County. The BPL is in good company; this marble was also used in the construction of the New York Stock Exchange annex and the statue of 16th president Abraham Lincoln at his memorial in Washington.

Georgia marble dates back to 1884 when Samuel Tate founded the Georgia Marble Company, leasing out the land and allowing others to also access the plentiful supply at his quarry. To this day, the quarry is opened to the public for the annual Georgia Marble Festival, attracting both locals and tourists alike. After over a century it is estimated that only about ten percent of Georgia’s marble supply has been extracted so the true history of Georgia Marble has only just begun. 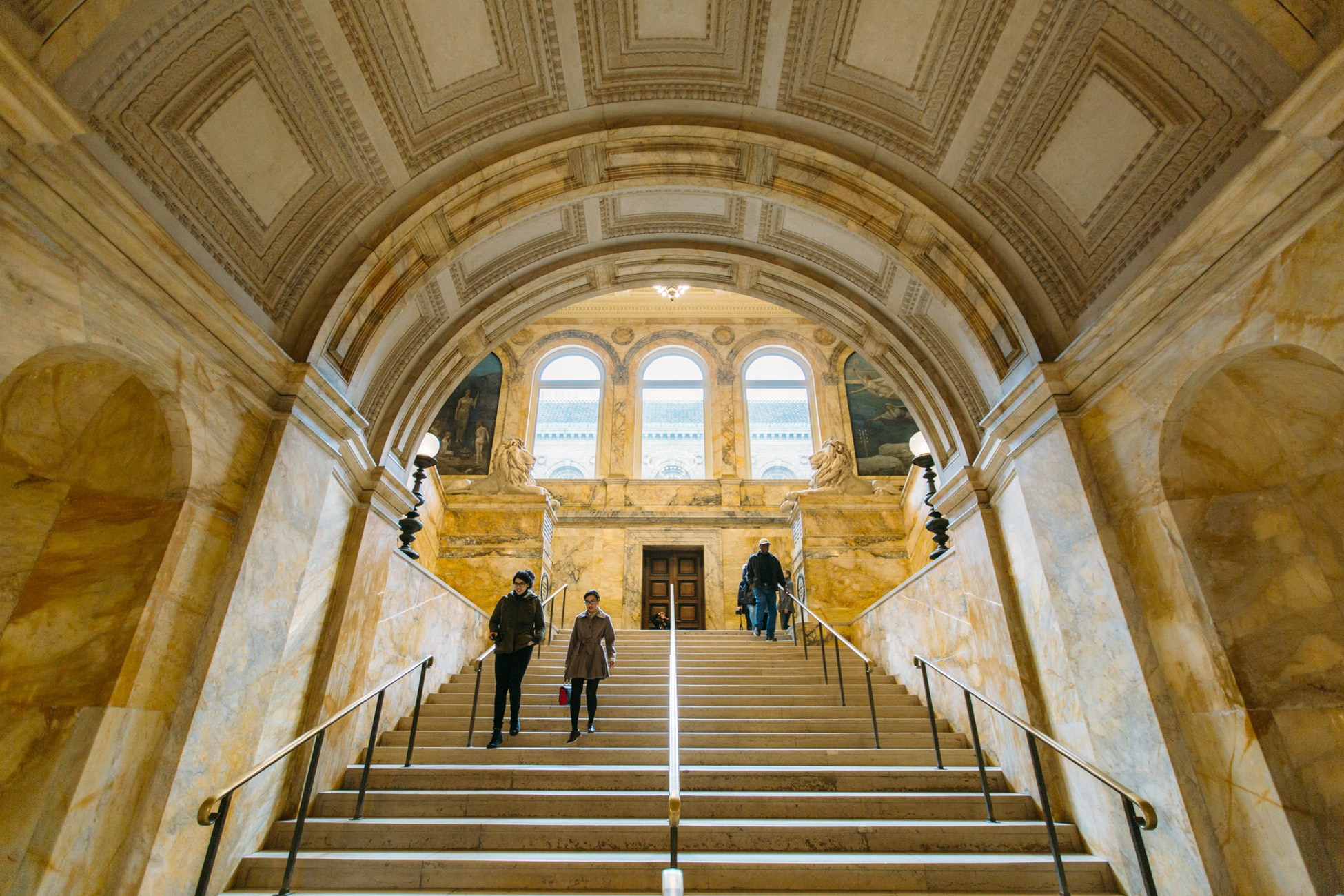 Yellow Siena comes from Siena in Tuscany, Italy and is characterized by beautiful golden hues and various shades of yellow and orange. The background of the stone is characterized by thin veins and fractures and it is crossed by white, light grey or ivory veining, giving this material an original and unique look that was deemed perfect for the grand staircase leading from the library’s lobby to the building’s second floor.

The construction of the staircase was a painstaking and carefully thought out affair, with roughly ten times the about of Siena Marble than was needed being brought in and reviewed to ensure a perfect pattern. The staircase itself is impressive but the crowning achievement of this area of the library is certainly the twin sculptures of guardian lions, also constructed of fine marble in honor of the second and twentieth volunteer infantry units from the Civil War. In fact, surviving members of the regiments funded these sculptures and commissioned them from artistic mastermind and sculptor Louis Saint-Gaudens. 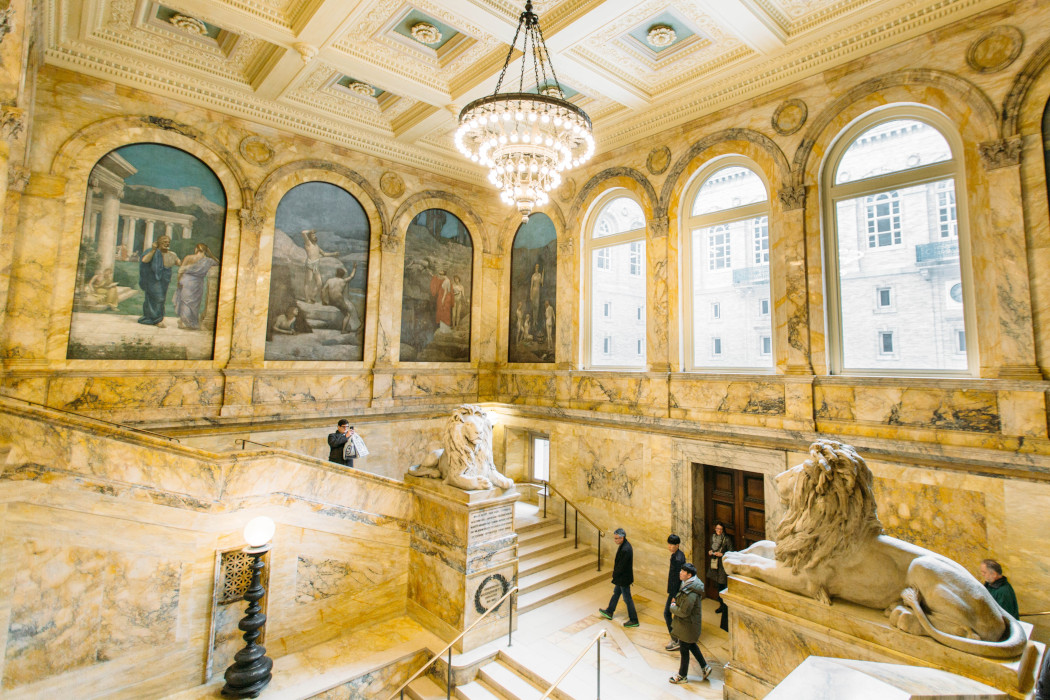 Guardian Lions Watch Over the Staircase

Marble is one of the most unique, versatile and downright gorgeous natural stones that lends itself to a variety of applications, from sculptures that stand as a testament to art throughout the ages to imposing edifices that inspire wonder. The Boston Public Library is a perfect example of what can be accomplished with marble and remains an architectural achievement that will continue to provide inspiration to designers, builders and the general public for years to come.

In modern times, the majesty of marble is more affordable and readily available than ever for use in residential installations. With a massive diversity of stones to choose from, it remains an excellent choice for kitchens, bathrooms, fireplaces, exteriors and anywhere else your heart desires with the only limitation being your imagination. 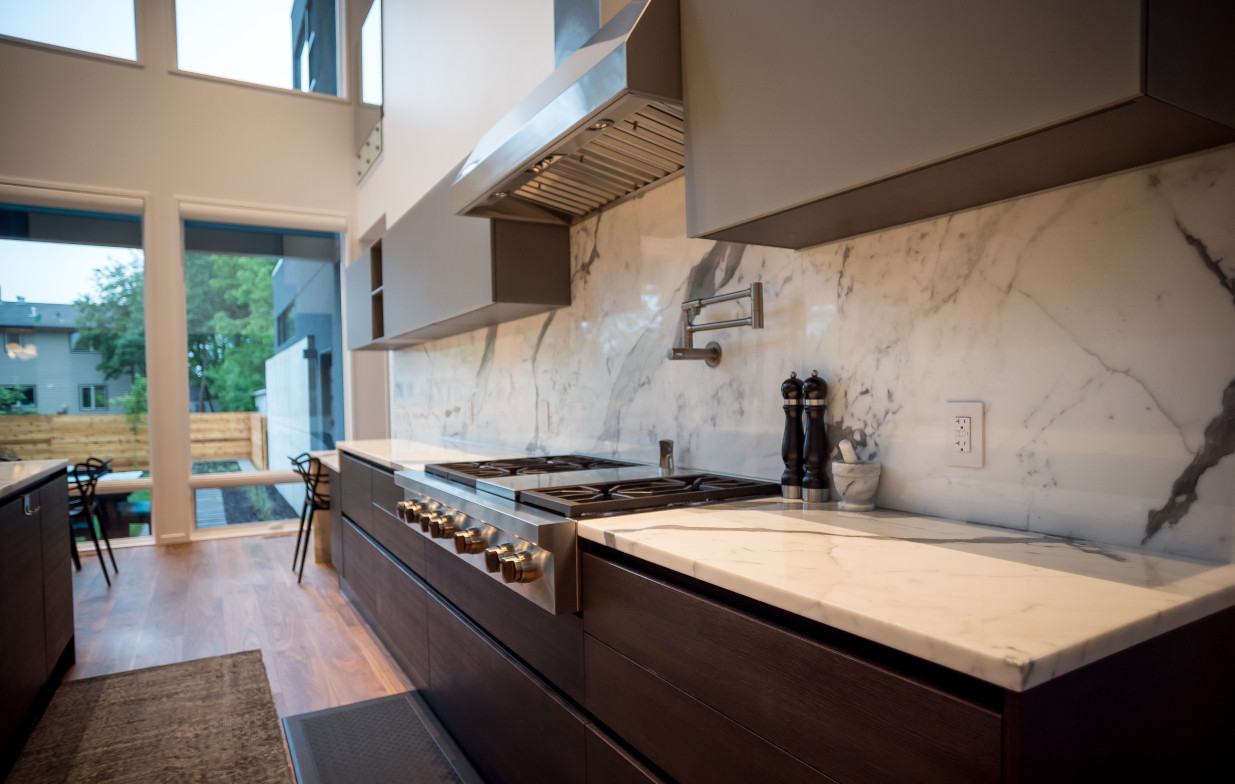 Hari Stones carries a wide variety of marble slabs and tiles for use in your home renovation project. Feel free to browse our gallery or better yet, visit our Slab Showroom at one of our four locations in Canada to see and feel the elegance of marble for yourself.